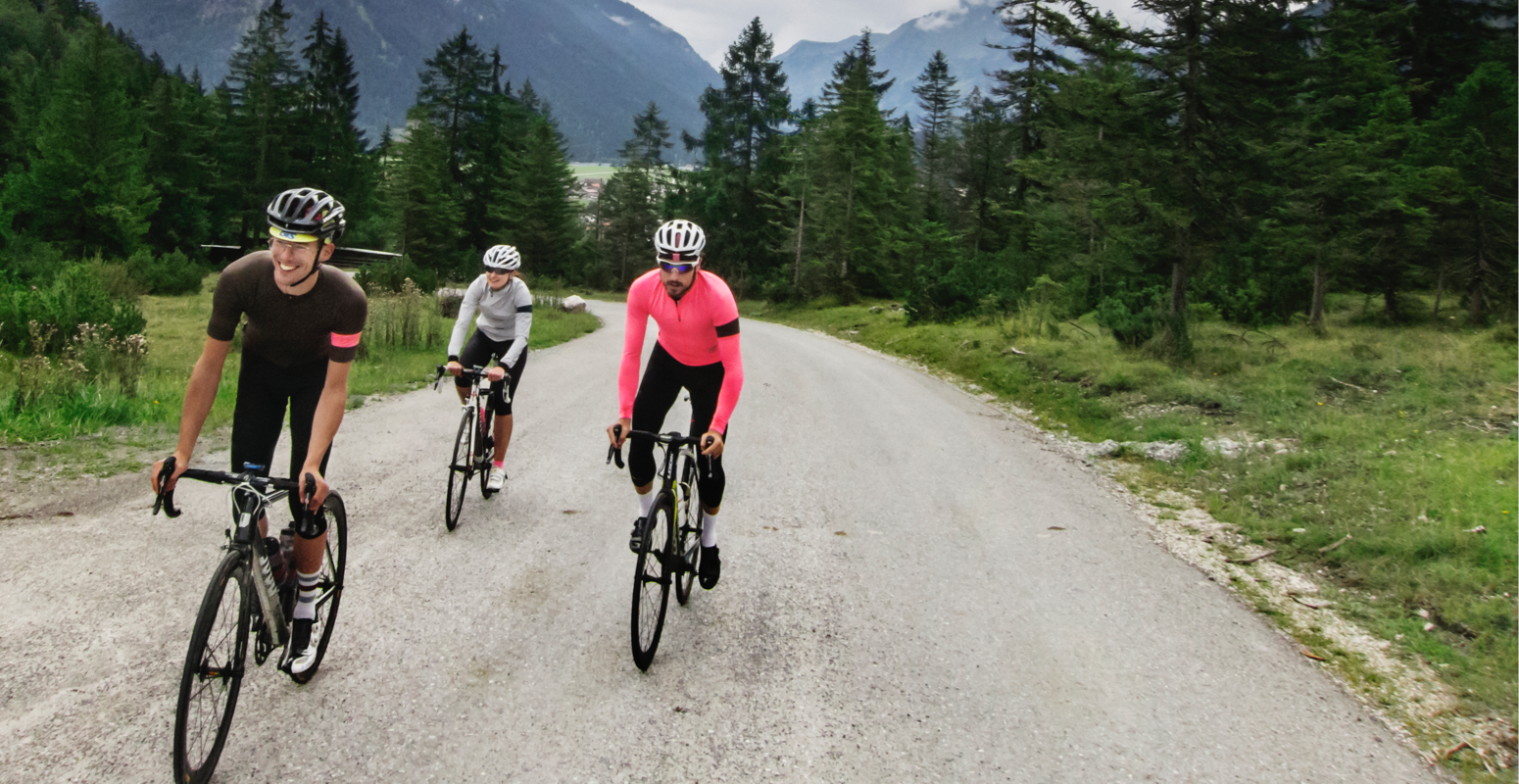 Strava represents the future of social networks: organized around specific interests. The experience is unlike other social platforms. Most people follow only a few dozen fellow athletes or clubs. You have to sweat and participate to be on Strava. It’s a place to do, not to just watch.

“Strava's audience offers up a highly engaged community. Best of all, each brand’s club on Strava is an organic platform. All club posts are viewed by all club followers.”

This is great news for brands. Clubs are a key part of the Strava experience, and each post is inserted into the athlete’s feed. "Building an audience via a Strava club shouldn’t be seen as yet another administrative burden," says Gary Roethenbaugh, Managing Director of MultiSport Research. "Consistently, we found that posts on Strava clubs had greater interaction than that generated via traditional social platforms, such as Facebook, Instagram, and Twitter."

Strava club members are engaged endurance athletes and represent a highly targeted audience. 32% of active Strava athletes belong to at least one club.

Unlike traditional social media, where brands typically pay to boost the reach of posts, post-interaction on Strava clubs is organic. A variety of posts may work well – from asking a question, to generating comments and including photos. Generally, a higher frequency of posts will boost engagement rates.

Athletes are positive. Encouraging and motivating content tends to have the highest engagement and resonance with the Strava audience.

The Clubs Opportunity for Brands 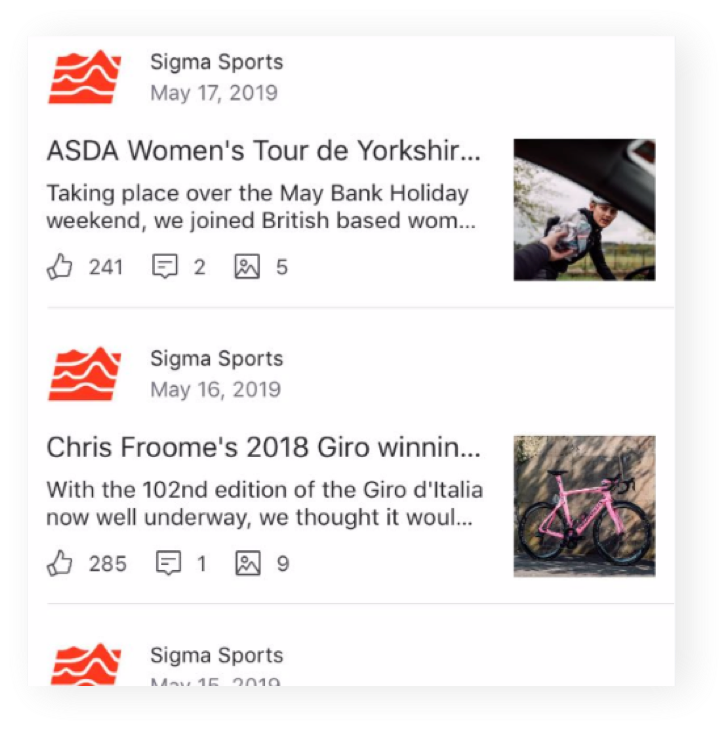 Strava clubs are currently under-utilized by many brands across the sports landscape. As a social network specifically for athletes, Strava is not as over-saturated as other social platforms, which cater to a multitude of user interests.

Across the many traditional social media channels, there is much more competition for share of voice. Here, a post’s resonance will typically be shorter lived in a user’s feed. Whereas, a post on a Strava club may have greater longevity than those on Facebook, Instagram or Twitter in particular.

Brands that sponsored challenges grew their Strava club 2.5x more than those without a challenge.

Those Strava clubs with sponsored integrations are witnessing 3x the level of engagement compared to the average of all clubs analyzed. Clubs with integrations have higher club member numbers, higher posts per day and notably higher post interaction.
‍
Challenges are also a great way to grow club membership. During Q4 2018, challenges on Strava helped to boost a number of clubs. For example, those brands activating via Strava challenges witnessed 2.5x the level of weekly audience growth. 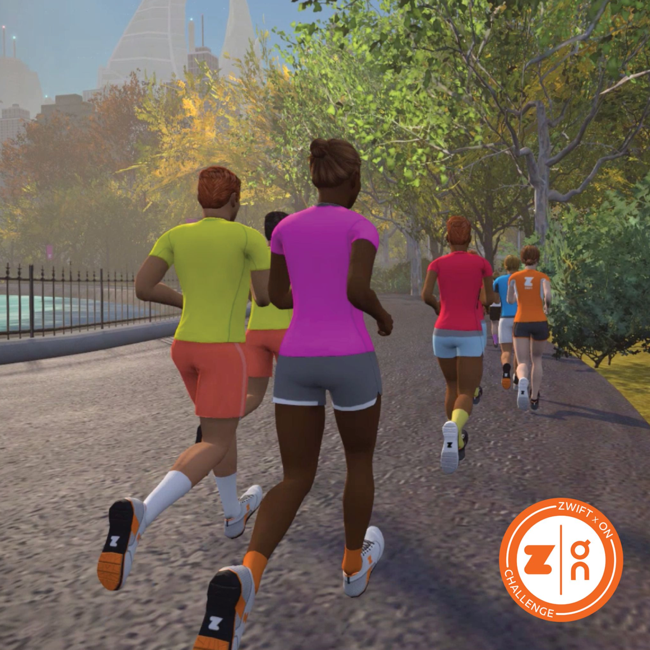 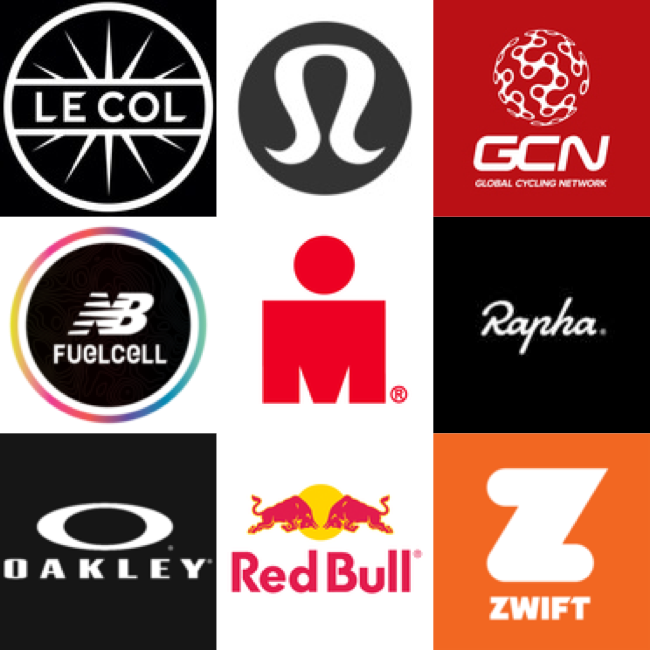 Learn from other successful clubs

Athletes can choose from over 250,000 clubs on Strava. Below are some examples of the biggest and best performing to date. 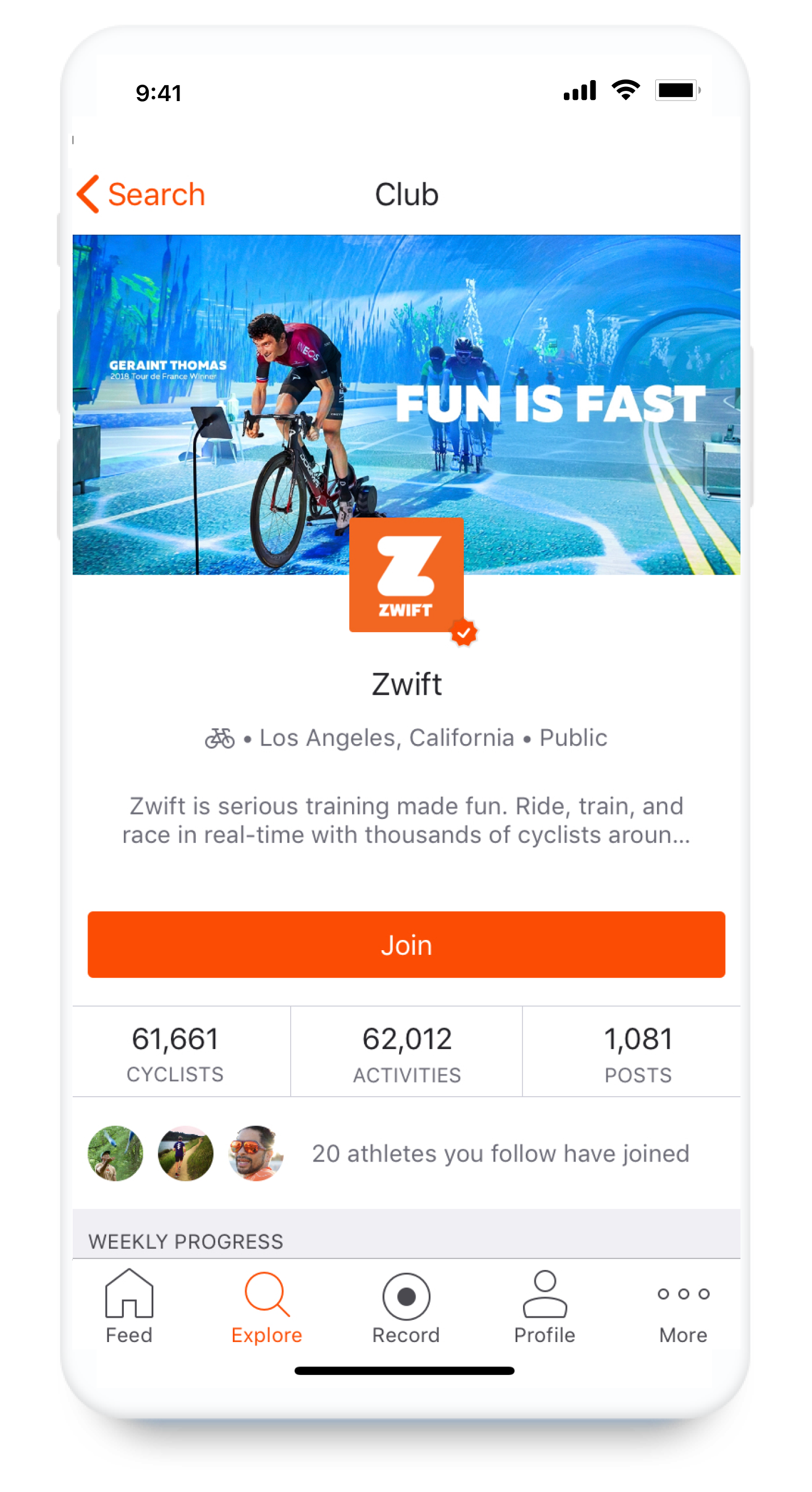 ‍Zwift’s following on Strava now exceeds that on Twitter. Both engagement and post-interaction on Strava surpassed its own Facebook, Instagram, and Twitter profiles. Typically posting every day, Zwift draws on its diverse number of virtual challenges, events, partnerships and new product developments. The team created three Strava clubs focused on cycling, running, and triathlon, respectively. 50% of club members have engaged with at least one post. CEO Eric Min notes, “One thing we see across the board on Strava is that the engagement rates on clubs around any post or activity is far higher than we’d typically see on Facebook or any other type of social platform.”‍ 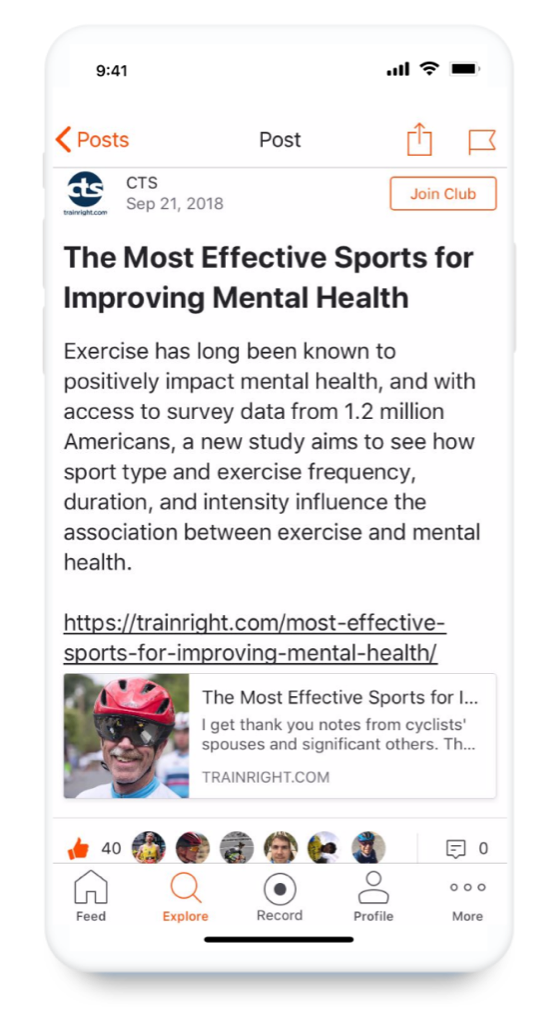 Post-interaction for CTS on Strava was stronger than on Facebook, Instagram, and Twitter.
‍
Posting every few days, CTS draws athletes in with a variety of training content. The majority of CTS posts on Strava link to insightful themes featured on its blog. This emphasizes how Strava can be a platform to share existing content in the same way as traditional social media.
‍
CTS club at a glance
‍Club members: 1,000+
Engagement rate: 1.7%
Post-interaction: 4.4%
Average weekly growth: 0.3%
Average posts per week: 3

Sigma Sports, a UK retailer, leverages its Strava club with a high frequency of posts to its members. 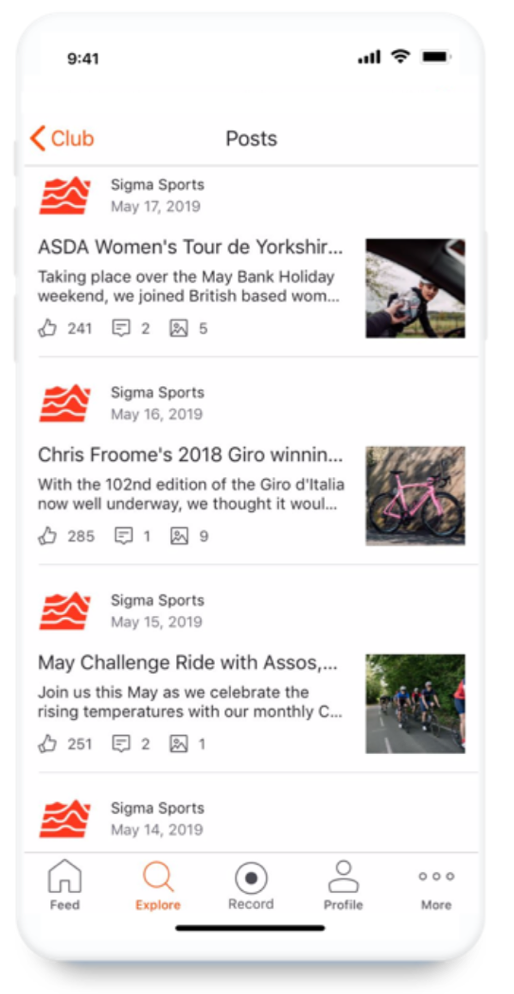 Sigma Sports has maximized the use of its Strava club.

‍Sigma increased its audience through a sponsored challenge, then saw its engagement rate soar thanks to regular posts.
‍
A variety of content from the retailer also helps to ensure high levels of post-interaction on Strava, which was higher than its Facebook, Instagram, and Twitter pages in the Q4 2018 period. Posting almost everyday, Sigma’s Strava club spotlights: new products in-store, through to discount codes, group rides, training tips, and amusing videos.
‍
Sigma Sports club at a glance
‍Club members: 6,700+
Engagement rate: 3.1%
Post-interaction: 3.6%
Average weekly growth: 0.4%
Average posts per week: 6

LOOK CYCLE has grabbed the attention of its club membership by giving a shout-out to its sponsored pro athletes.

French cycling pioneer LOOK Cycle directly appeals to its club membership. The club did not post frequently in Q4 2018, yet, it still managed to achieve high levels of post-interaction when it did post.
‍
LOOK features its sponsored athletes and their achievements. In addition, LOOK links to stories to showcase the brand’s provenance as well as new product releases. The company also undertakes its own ‘LOOK Ahead’ promotions in its Strava club, encouraging athletes to push their limits.
‍
LOOK CYCLE club at a glance
‍Club members: 5,100+
Engagement rate: 1.7%
Post-interaction: 9.2%
Average weekly growth: 4.0%
Average 1 post per week: 1

All data in this report covers Q4 2018 (Sep 1 to Dec 31, 2018), a key period that included Thanksgiving, Black Friday, and the Christmas Holidays. 100 Strava clubs were selected for the analysis. These clubs were verified as being administered by endurance sport brands – ranging from apparel, to accessories, coaching, events, media, nutrition and retail.
‍
Each brand’s own Strava club was compared with the brand’s own performance on traditional social media. The Endurance Sport Social Analytics (ESSA) data prepared by MultiSport Research was used as a source for tracking traditional social media.

Sign up to receive the latest news from Strava